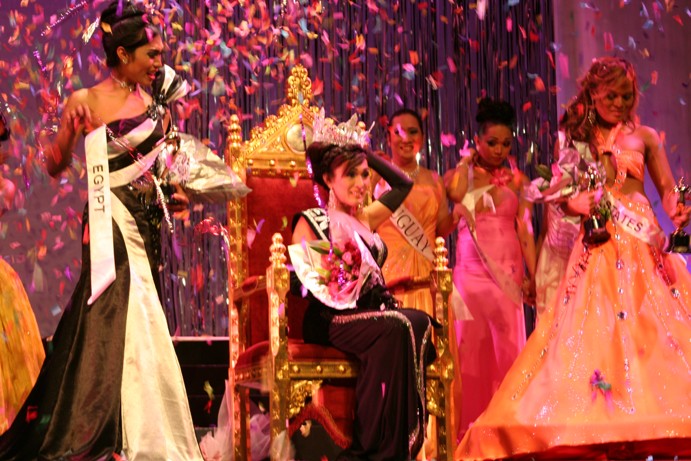 Scroll down to learn more about Miss Trans Global

Miss Trans Global™ is an international digital pageant for trans & gender nonconforming people from all backgrounds created by transgender beauty queens and activists to raise awareness about the plight of transgender people around the world.

In 2017, we wanted to organise Queen Of Nations as a digital pageant on its 10th anniversary. But we decided not to go digital, after consultation with former contestants, winners and fans.We were advised to start a new pageant, because Queen Of Nations was a staged physical event in London, United Kingdom.

Miss Trans Global was conceived from past ideas and current painful life in isolation, 2020.

We decided to create this pageant to give transgender women from all around the world a platform to showcase their abundant talent, creativity and wits.
We hope to use this opportunity to raise awareness about transgender women suffering worldwide who are struggling to survive at these difficult times of Covid-19 due to family rejections, homelessness, lack of jobs and earning opportunities.

The pageant is an advocacy driven even which strongly supports areas in which transgender women needs help the most, such as inclusion of transgender sex workers, trans women of colour, and  activist warrior queens in countries where it is illegal to be a member of the LGBTIQ community.

The winners of Miss Trans Global will be our spokespeople who work with grassroots organisations to influence positive changes in our community globally. They will work closely with activist organisations such as TransValid, TransBeauty Magazine and many more to raise money, educate and inspire transgender people globally.

Miss Mela Franco Habijan from the Philippines is the first winner of Miss Trans Global which took place in London on the 12th of September 2020.

To be a good representative of the global trans and LGBTQIA+ community was my goal. Yes, it was challenging, but I tried to give my all to maximize this platform and put the title to good use.